Are you a brief or boxer-briefs guy? Before you picture yourself wearing those tighty-whities or sporting those sexy red boxer-briefs, we did our research and put these two against each other.

What are their differences?  What is the best bulge enhancing underwear? 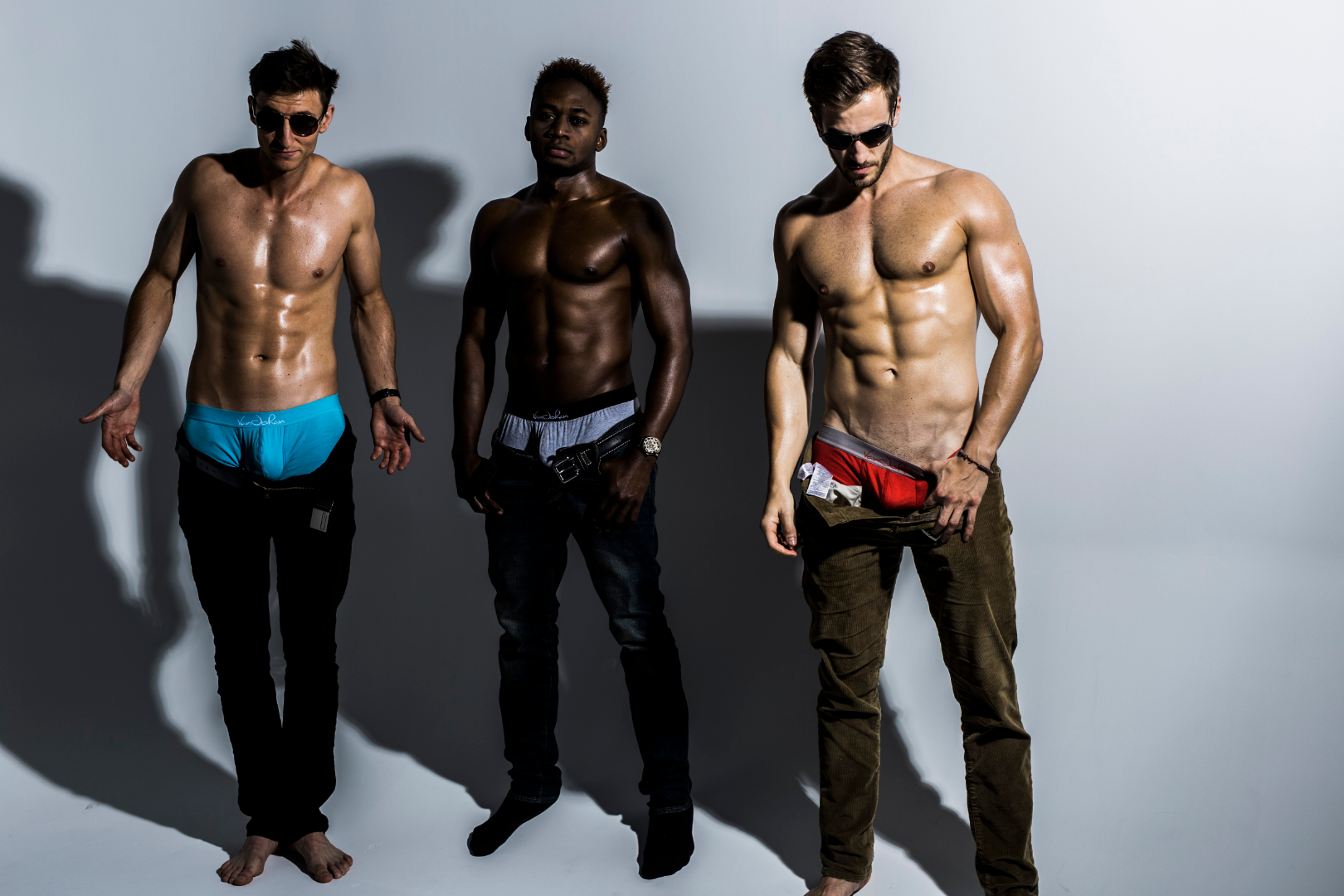 Briefs look very traditional.  Briefs are the classic best-seller made unforgettable by Tom Cruise in Risky Business.  This is the traditional Y-front. It’s not for everyone, but it offers great support and a neat fit.  It usually comes in different colors, designs, sizes, and patterns.
Boxer briefs popped up on the scene during the 1990’s made famous by Marky Mark.  It’s a knitwear cross between boxers and briefs and the best of both worlds. It’s another best-selling category that provides various levels of support.
It has a tapered cut like boxer shorts and more fitted like briefs.   The main difference between boxers and boxer briefs is the width of the legs.
This hybrid underwear has the length of boxers but the fabric of briefs. They are tighter and show more of a man’s form.  This sits snug against your leg.

Briefs are your standard go-to underwear that comes in different colors and styles. They are designed to cover your entire backside and package, but it leaves your upper thigh and legs exposed.  If you’re looking for briefs that hold your balls, choose the best design that will provide you with extra support.
Boxer briefs provide more coverage.  Because boxer briefs hit from the mid to low thigh with added material in between your legs, it avoids rubbing.  This is your best bet to chafe-free men’s underwear. 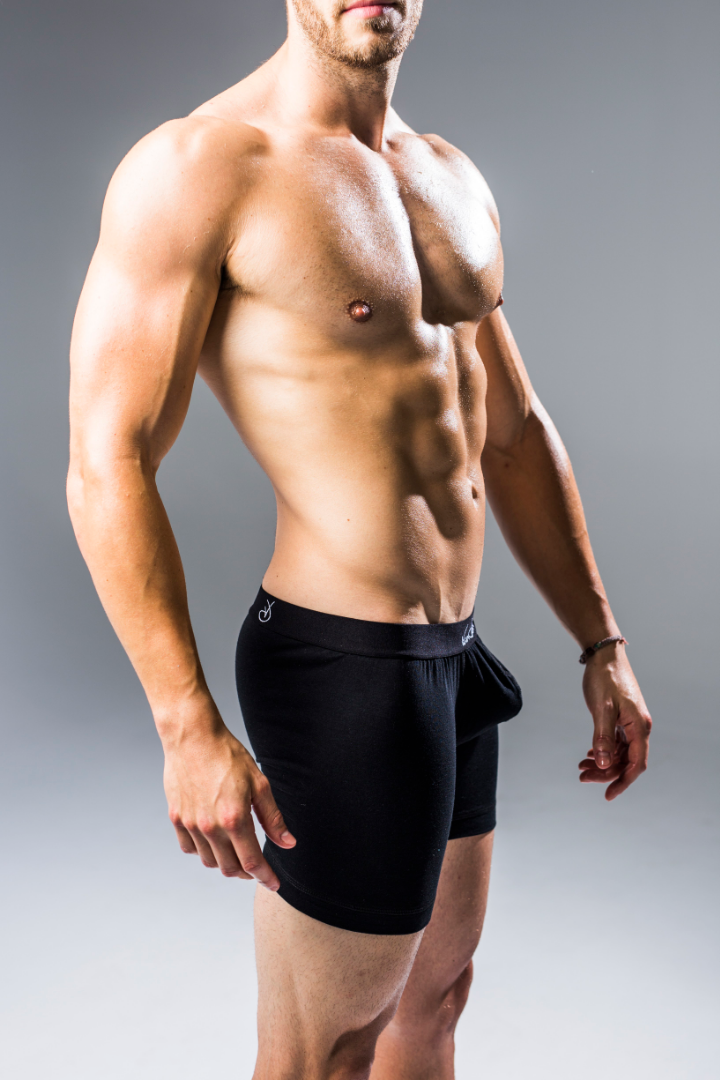 Briefs do a great job of keeping balls in place but can cause chafing in the thighs especially when you’re moving around.  Some briefs also come with lift support.

Briefs are good for shorter guys as it exposes more of a man’s legs.  It’s best for day to day wear, but it’s not considered good underwear for working out.  For sports, it’s recommended to use boxer-briefs instead.
Boxer briefs cover a man’s inner thighs.  It’s safe to wear in the gym, moves with you and avoids chafing. It has a smooth elastic waistband that’s comfortable and a smooth surface.  It has more support for working out.

Briefs are cut to cover everything but do not cover your thighs.  This is good for skinnier clothing (like skinny jeans) and but could look a little bit old-fashioned.

Boxer briefs provide more coverage.  Being the lovechild of boxers and briefs, this is in the shape of the traditional boxer but fitted out of soft material.
This has been the go-to style of undies for most guys. It’s also the most versatile. It’s not as revealing as briefs but offers support with thigh-skimming powers.

According to GQ, 64.5% of women prefer men who wear boxer briefs (by a landslide!)  while only 5% of women prefer men who wear briefs.
Women said that boxer briefs make men appear to look more muscly, usually associated with hot dudes. It accentuates the man’s thighs and fits well under clothes.  They are not too tight and fit just right.
Most women were not fans of briefs, referring to these pairs as ‘tighty-whities’ reminding them of their father or brother.  However, girls who like briefs do prefer them in grey or black, because these prevent stains from showing and also, distinguishes a man from their dad.

If you look good on the inside, then you’ll feel more confident, right? That’s how boxer briefs make you feel: bigger and bolder.  Everything stays in one place, no matter what you do throughout the day.  From the office to sports, you won’t have to worry about anything flopping around.

Briefs could lack comfort while boxers lack support, but boxer briefs give you support – support that never ditches you.

It’s time to replace your worn and saggy undies.  Here’s what you should look for in a good pair:
VanJohan is considered to be top rated, comfortable men’s boxer briefs.  It’s also the best boxer briefs for working out.
It’s made of breathable, moisture wicking, bamboo material that provides you a bold look.
VanJohan adjusts to your movement and provides you reliable lift support that you don’t get from your regular underwear.  Get ready for an underwear upgrade today! 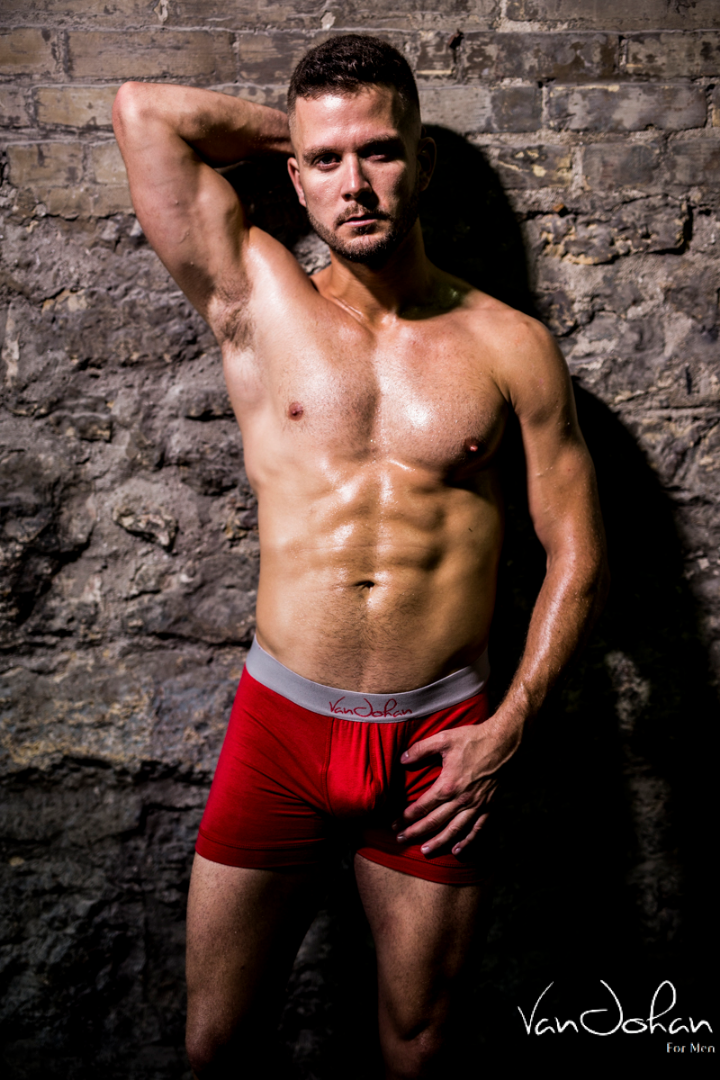